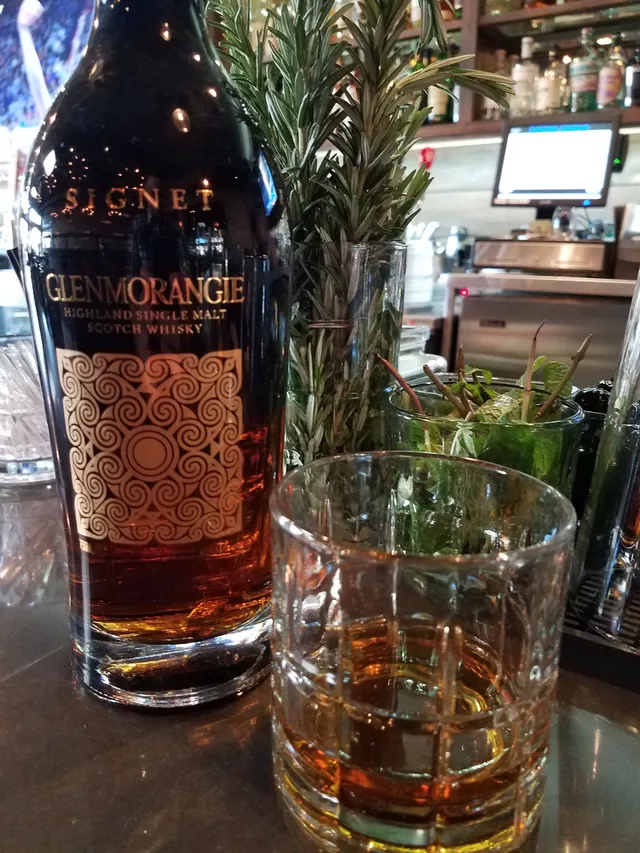 A Scotch Whiskey Review by the Whiskey Noob

I’ve been eyeing this bottle for hella long now, but I never had the balls to pay almost $200 for it, luckily I actually saw it at Willard Hicks in Campbell, Ca.

A pretty difficult find I HAD to  try it and this was LEGIT!

This shit was crazy sweet!

Totally different that any scotch whiskey that I have tried so far; and trust me, I’ve tried a lot so far…

Definitely a great and interesting whiskey that is worth the price tag.

I feel like I might have to invest in a bottle now because it was so damn good.  FYI, this restaurant has a great selection of whiskey with decent prices, better than those boujie ass restaurants or bars who over price their shit, even a shot for a $20 bottle can go for $12 bucks….fuuuuck that shit!!!

Been there, done that…no thanks!

Which is why I’m here for you my noobs!

I got y’all back!

For more info and to see other offerings from this distillery, click HERE!