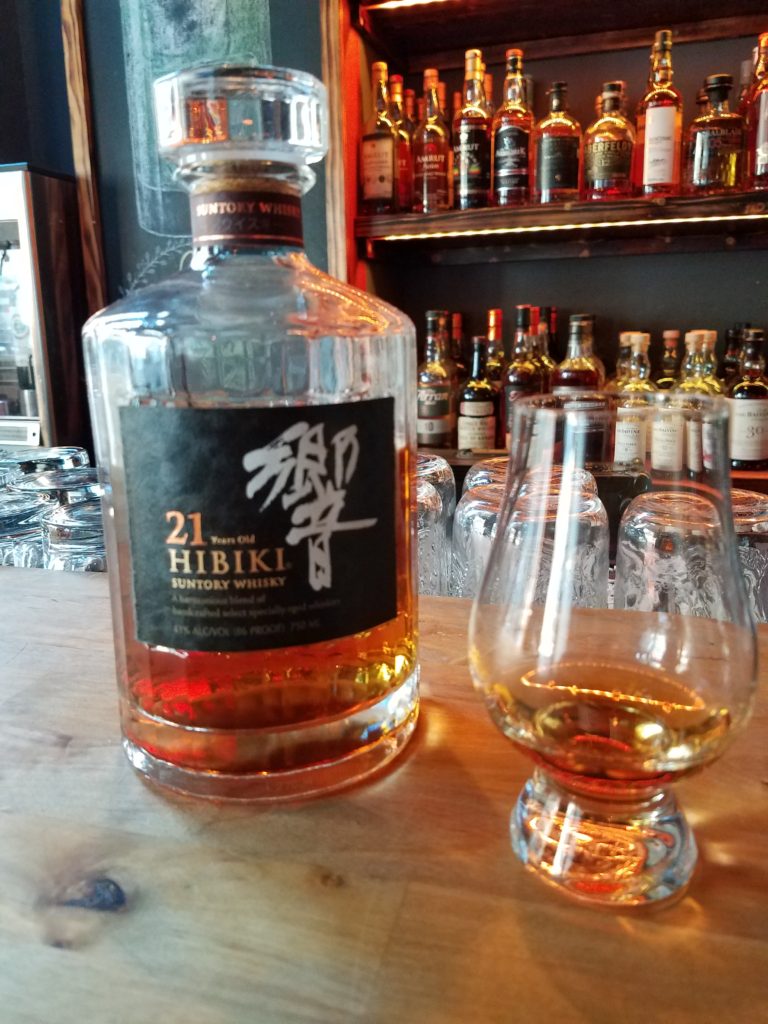 Daaaammnnn…Hibiki 21…bought my buddy a HALF shot of this for his birthday just so he (and I) could try it.  Shit was $65 for a HALF shot!!!

A bottle is over $600 and ain’t no way in HELL Ima spend that much on a bottle I havent even tried yet, so it was good I was able to get a little taste.

Now, I’ve said before that I never let price and age dictate how I rate a whiskey, but damn…I’ve heard soooo much hype behind this one I was expecting a lot more and was sadly disappointed.

It wasn’t worth all the anticipation, the word of mouth, the inaccessibility and the price increases.

If Ima pay that much muthafuckin money on a bottle it better blow me away! and Blow me at the same fuckin time!!!  Unfortunately it didn’t do either…

For the top 7 Whiskies for Noobs that I recommend and more whiskey reviews click:

For more info and to see other offerings from this distillery, click HERE!